Multiple events happen on April 24th, marking a day of remembrance for the Armenian Genocide. The Hollywood March that shuts down Hollywood Blvd., the protests outside various Turkish embassies from Washington D.C to Los Angeles. Commemorations are held across America, as well as Paris, Moscow, Yerevan and throughout the globe. [If you want attend those events, start here]

Yet, sometimes the question is asked:

“What else can we do beyond a memorial service that can make a difference?”

Perhaps the question comes down to the fact that you can’t make it to a commemoration event. We must be willing as a community to accept the fact that times change, and with it, our advocacy. No one holds you accountable except for yourself – you must be content with the way you commemorate this day of remembrance. With that said:

An Oscar award winning cast such as Oscar Isaac, Christen Bale, and budding actress Angela Sarafyan play in this period drama about the fall of the Ottoman Empire and the start of the Armenian Genocide. It’s the large Hollywood production and story that we’ve wanted to be told on the big screen for decades, and now it’s here. A movie, though? Really?

Let me put it like this:
The Turkish and Azerbejiani lobby started a smear campaign for the movie to discourage viewership months before it was even announced to be released!

The best way to combat that notion is to show up en masse and watch the movie. 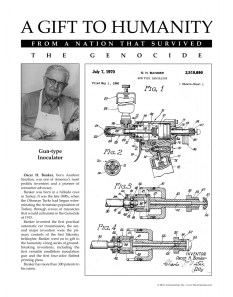 If you have ever said, or ever heard someone say, “an Armenian made that,” and you don’t own “Yes, We Have,” you’re missing physical evidence of those true claims. The book, written and compiled by erudite, Stepan Partamian, is full of patents and achievements of American-Armenians – listing their contributions to America and the world. From the creator of yogurt, to the inventor of the hair-dryer or the MRI medical machine – this is a MUST have for every Armenian’s library.

Buy it here, keep it or have it sent to a Congressman

Their SOLE purpose as an organization is to bring Genocide education to the American school system, starting with the Armenian Genocide. Not only do they publish teaching guides for download, and give presentations across the United States at different schools and institutions – they do it all for free. Funded by the contributions they receive from the community – they can continue their work and lobby the American school system to create a robust curriculum that includes genocide education.

It’s no secret that Azerbajian’s Army has been breaching the ceasefire on the Artsahk border for the last decade. Hundreds of soldiers have died protecting against advancing Azeri troops who attack villagers. Most have been wounded and are killed by the immediate lack of medical treatment due to the low quantity of medical first aide kits. 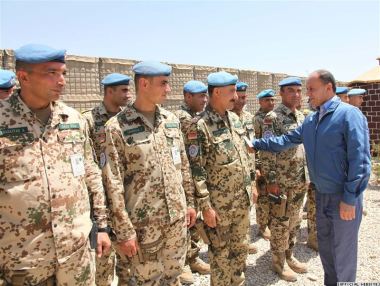 As part of the effort to supply our troops with proper medical gear, Stepan Partamian has started a campaign in conjunction with his non-profit, The Knowledge Truck to collect donations for such kits, known as IFAK (Individual First Aid Kits).

This is an ongoing campaign beyond April 24th for 2017.

Last year for the centennial the website 100years100facts.com was started, as a way to categorize for the community and the world at large, major milestones in Armenian history. One way to survive is to remember; and one way for history to prosper is share.

Birthright Armenia is one of the most robust programs in Armenia that is specifically catered to the Armenian Diaspora. Live and breathe your culture with this extensive program that flies you out to Armenia, posts you into an organization of your choosing, plans cultural and travel excursions, and much more! A program with the very best intentions at heart – for you to experience your homeland first-hand!

Sign up (HERE) on April 24th for nothing more than the poetic reason that on that day, you can claim to have bought a plane ticket to a country that would not have existed 102 years ago if not for the boldness of our ancestors to survive, and thrive. 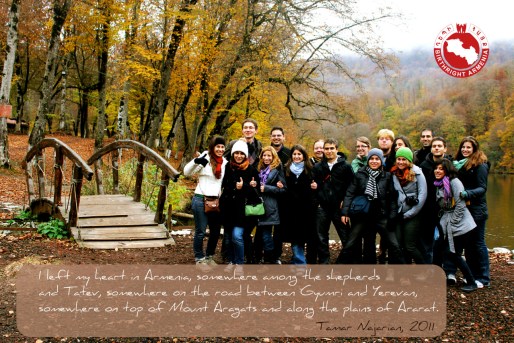 It should be no surprise that there have been milestones of progress in Armenia these last 20 years since independence from the Soviet Union. Companies such as Microsoft, SanDisk, PwC, and others have invested millions of dollars into research centers of technology, and innovation. The result of that intellectual investment sprouts everyday, and we have champions to show for it:

Download their apps, buy their products, promote their brand – and be proud that they were born, bred on Armenian soil, by Armenian minds.

8. Adults: Enroll in an Undergraduate Program at AUA

The intelligentsia was murdered on April 24th; our writers, and our greatest thinkers. The best revenge is to build upon the giants of our cultural history, and keep setting the standard of education, intelligence and critical thinking ever higher.

Join the Undergraduate program of the American University of Armenia where your university degree is accredited by the University of California system (UC)!

TUMO (Center for Creative Technologies) was started as a way to augment and advance Armenian youth’s education within Armenia. The curriculum teaches current technologies and real-world technical education such as animation, graphic design, robotics, and much more to Armenian Youth. Now, they have a Summer Camp dedicated to inviting Diasporan Armenians to Armenia to learn from and with their young contemporaries.

Sign your children up for TUMO camp. Send them to Armenia to not only visit the homeland that was threatened to be lost, but to learn and LIVE among Armenians! Visit the many branches of TUMO in Yerevan, Dilijan, and Artsahk.

The greatest act of vengeance in the face of annihilation is to live, and thrive. TUMO is the possibility for the young generation to do just that. 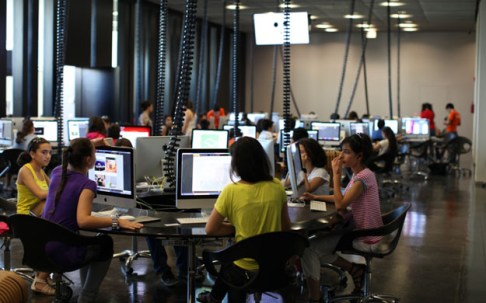 And finally, remember. It seems at best, a cliché, yet take the time to sit for yourself and reflect on this life. This moment in our existence – this very moment, as you read, and as I write is possible because our ancestors had the strength, courage and power to do more than survive. They chose to live. And now, we have life. What we do with it, will be in honor of our history. So make it your own, and reshape it towards the light – so that the culture that gave birth to you 5,000 years ago, will burn not as a flame of remembrance, but one that will obliterate the cold, and cast the darkness into light.

One thought on “9 Alternative Ways to Advocate on April 24th”